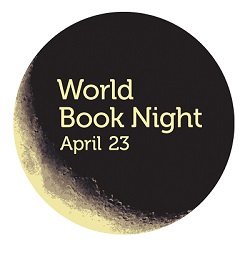 World Book Night U. S. announced yesterday morning that they would be closing down operations due to a lack of funding. Carl Lennertz, the executive director, explained that without outside funding, the cost of the program was too high to maintain, even with the generous donations of time, energy, and materials from writers, booksellers, librarians and publishers.

Although World Book Night, active for three years in the United States, was popular – in 2014 about 500,000 books were given away on April 23rd – the impact of the promotion on book sales was difficult to measure. After attempts to obtain grants from organizations outside of the publishing world proved futile, it was decided to close up shop. The staff will continue to maintain social media sites through the end of summer on a volunteer basis.

I only actively participated in the event once, in 2013, and it was a really cool experience. I had a lot of fun sharing a book that I’d enjoyed (The Hunger Games) with strangers on the street. But did the event bring in a lot of new readers? It’s hard to say. I remember several people who took a copy knew about the Hunger Games movie, which had been released the month before, but didn’t realize there was a book. But there were also a lot of people who considered themselves dedicated readers picking up copies, too. Later, I remember seeing people trading copies and trying to assemble a complete set of World Book Night titles, which seemed rather against the spirit of the evening, although it still brought a lot of attention to books and the pleasure of reading them.

As a fan of World Book Night, I hope that this won’t be the last we hear of it. Perhaps someone will reintroduce the event on a smaller scale, or a campaign to fund it will be organized on sites like Indiegogo or Kickstarter.