I was so sorry to hear of the passing of Lois Duncan this morning. She was one of my favorite authors when I was a teenager. I read Down 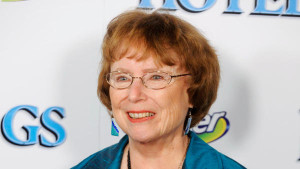 a Dark Hall, Daughters of Eve, and Locked in Time over and over again. The books were so suspenseful and I loved the way she balanced supernatural activity with real-world worries and fears.

Duncan's daughter was murdered in 1989 and the case was never solved. The devastating loss shifted her entire career. She stopped writing young adult fiction and began focusing on the crime. Duncan advocated fiercely for her daughter and other victims like her, creating the Resource Center for Victims of Violent Deaths. I really admire her courage in continuing to revisit this dark period in her life so that she could help others in similar situations.

If you've never read one of her books, I urge you to pick one up and give it a try. She was writing young adult before the term even existed, and decades later I think many of her titles still hold up very well.